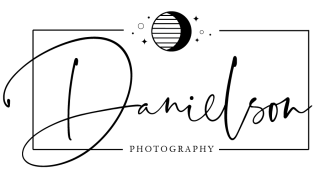 As many of you know, I was expecting our second baby to arrive this summer and he was born August 1st!  As you can see from the photos below, big sis Genevieve is proud as can be of “her baby.”  She is being such a good sister and helper, so I can sigh a little sigh of relief with that one.  I had someone else handle the newborn portraits for me, but I’ve been dreaming of this pose since I found out I was pregnant.  Somehow the gods were on my side and I was able to get some perfect ones that I will treasure forever.  I included a few goofy outtakes as well, because let’s be honest, those are a bit more true to life around here.  Being an Iowa City photographer, I photograph so many families and it is such a blessing to have my own little family that I get to document as well.  Keep reading below for more of Cain’s birth story and his eventful entrance into the world. 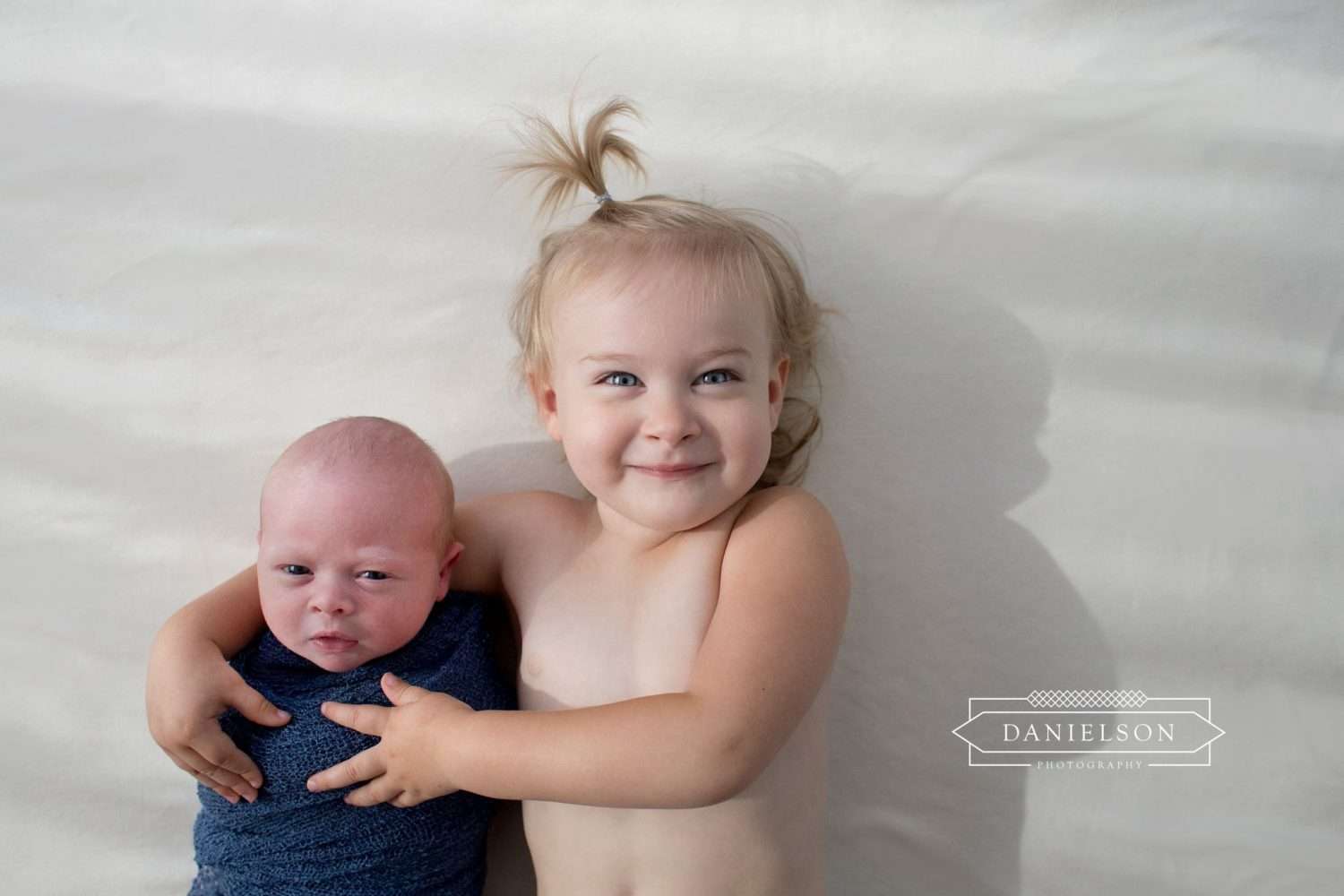 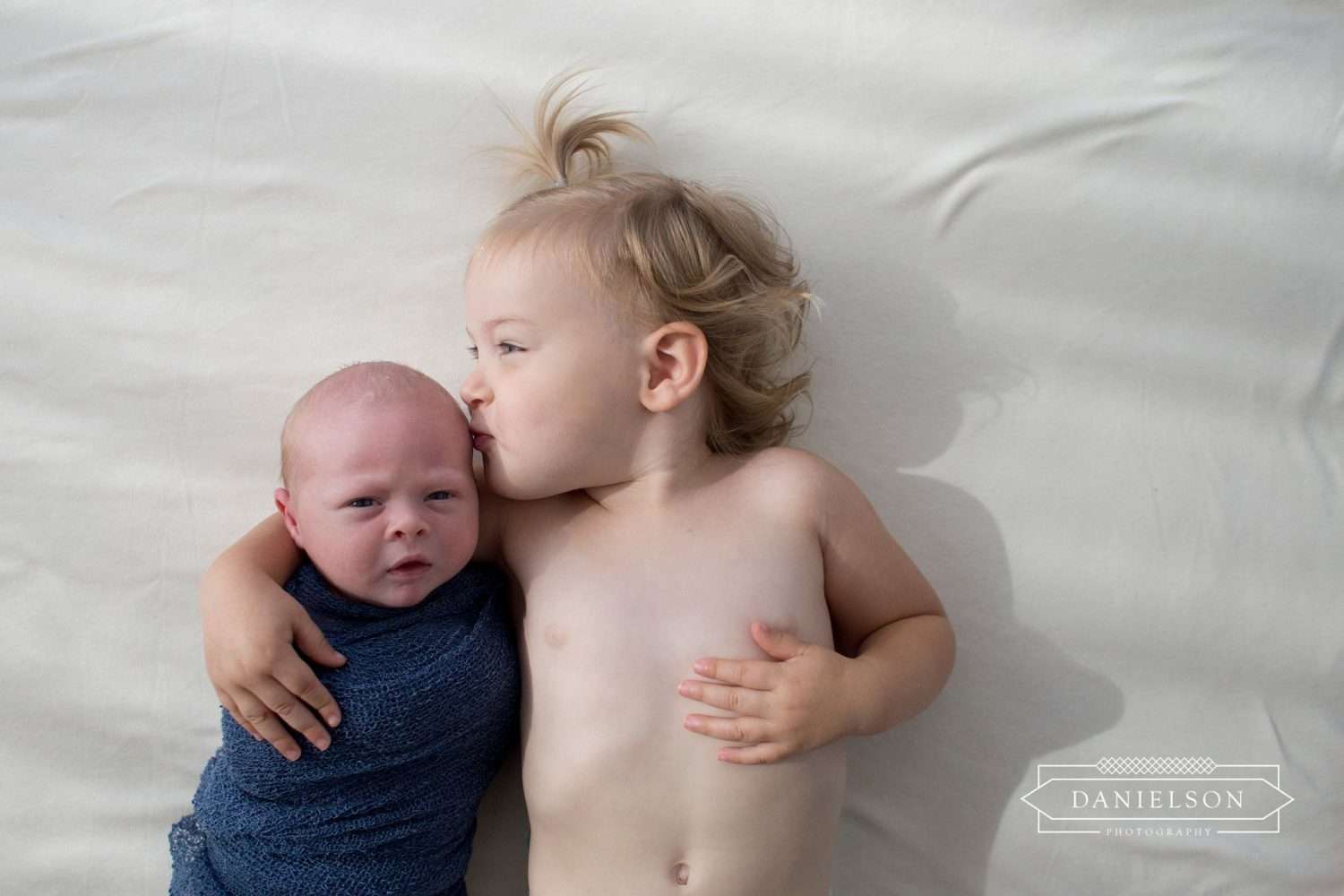 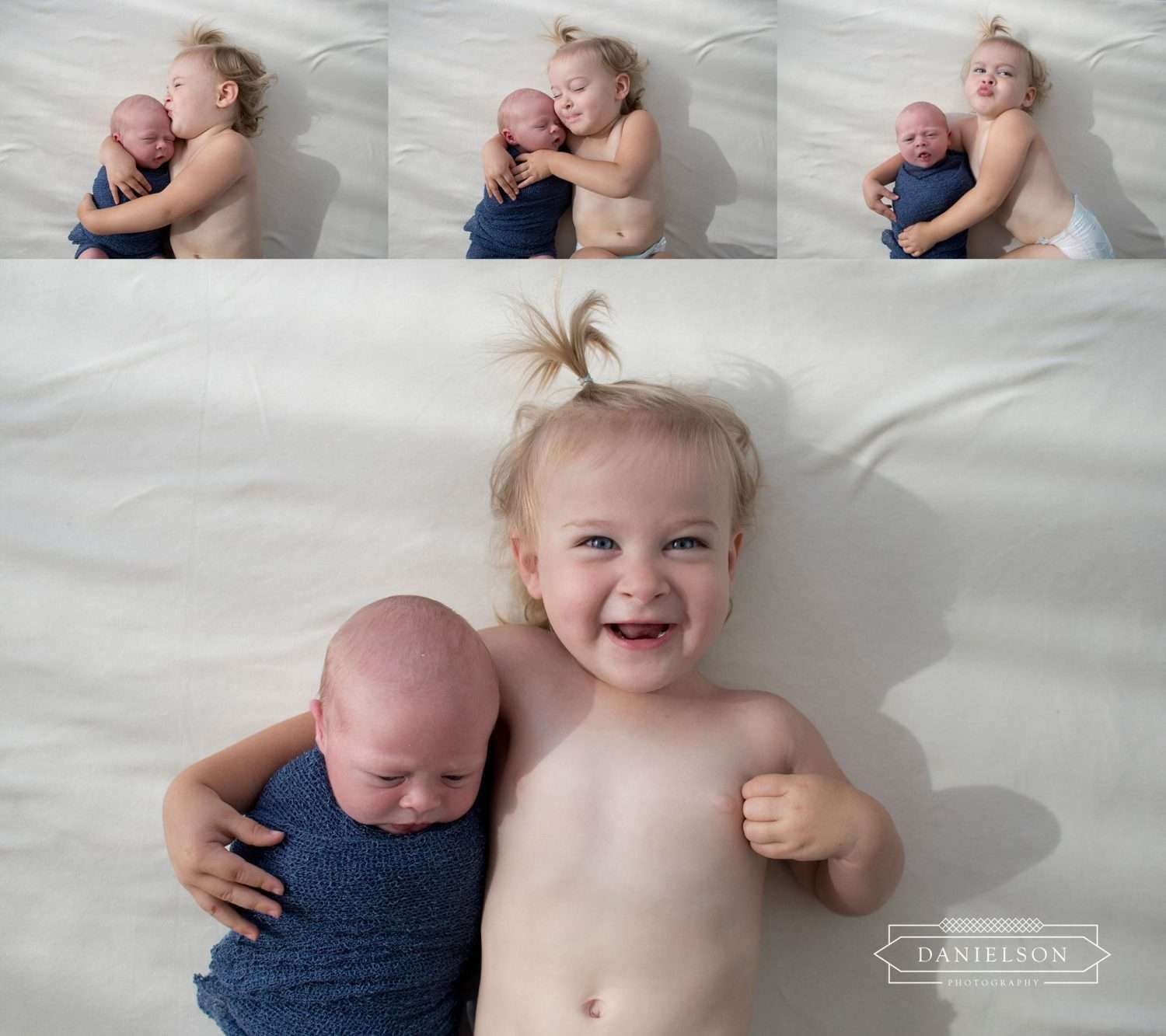 I’m a big advocate for natural births and empowering yourself in birth and motherhood.  Genevieve arrived through a natural birth after a 6 hour labor, so I was fully expecting my second to be fast and easy.  I was wrong.  And it just showed me how much we can’t truly prepare for everything.  With both babies, I carried to 41 weeks, but this baby was being particularly stubborn.  After a day of regular but mild contractions, I felt like we really needed to go to the hospital even though labor wasn’t in full swing.  While being monitored in the triage room, the midwife was in my room for 10 minutes and witnessed his heart rate drop for a long period twice.  Because I was so overdue, they wanted to keep me and help get things started just to be safe.  Starting my natural delivery with a Cervadil intervention made me really nervous, but I knew I could still avoid any unnecessary interventions especially since his heart rate was perfect the rest of the night.  The universe was urging me to go in when I did and what are the chances my midwife was in the room for the only 10 minutes that his heart rate dropped?

After 12 hours (around noon the next day), I began to have real contractions.  After 4 of the most intense hours of my life, Cain was born!  I was able to still have my natural, medication free birth…but it did not get easier the second time around.  I wasn’t able to see Cain right away and they whisked him to the other side of the room immediately after seeing he aspirated meconium.  Ryan brought him to me for a few seconds before they took him to NICU where he had a CPAP to add pressure to his lungs and antibiotics were started.  The breathing tube didn’t last long as he pulled them out himself after a few hours. His levels were good on their own, so thankfully he was able to leave it out. 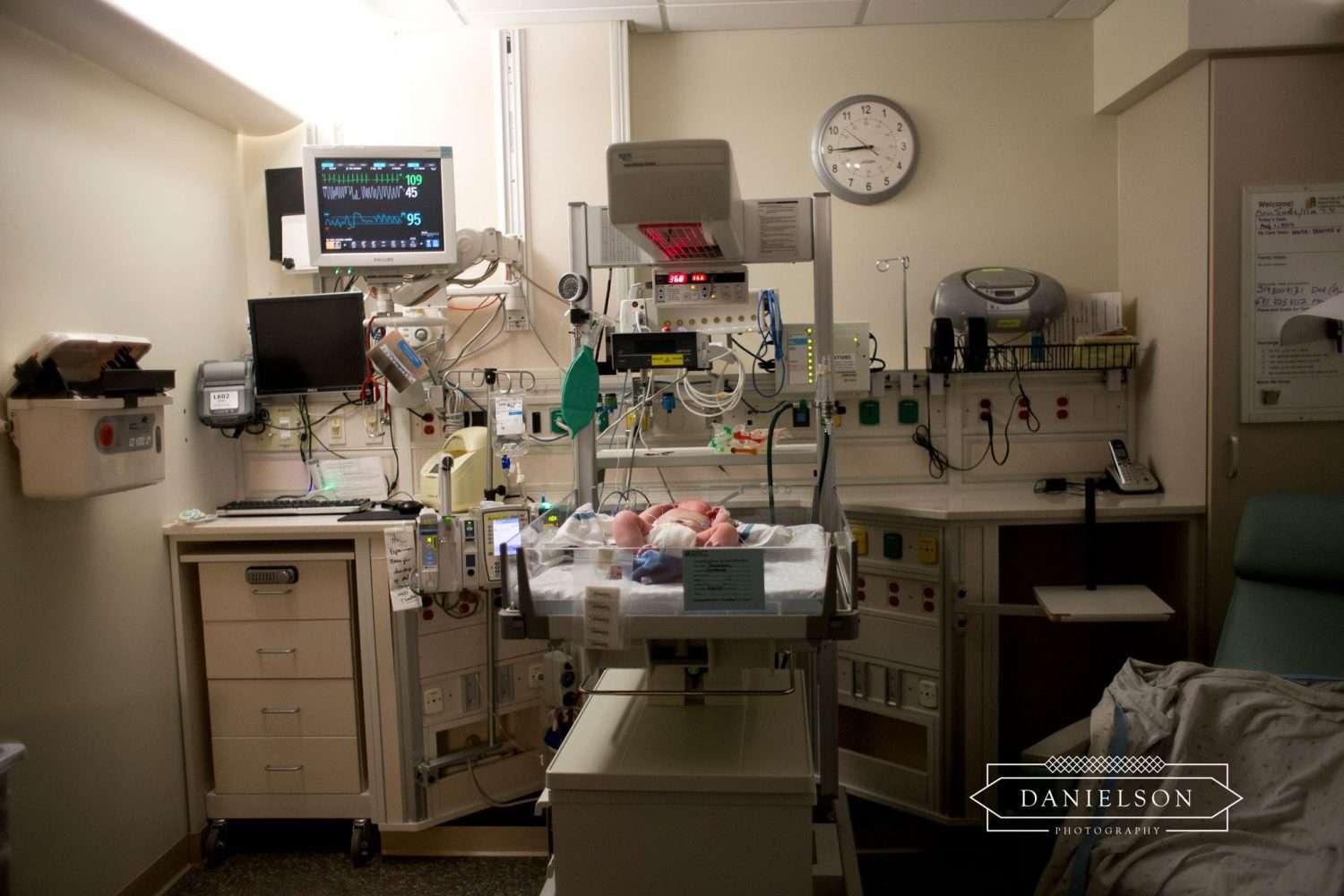 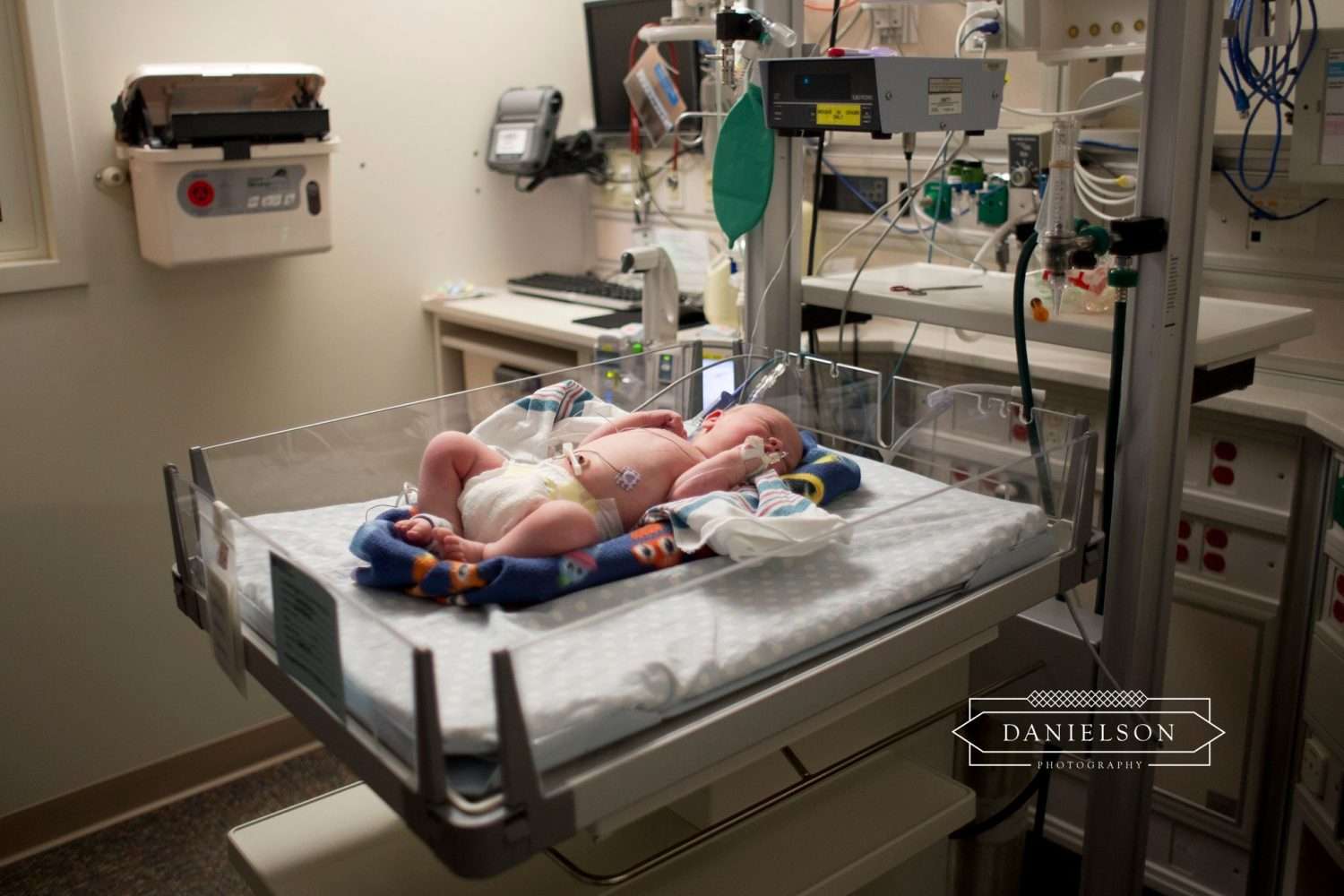 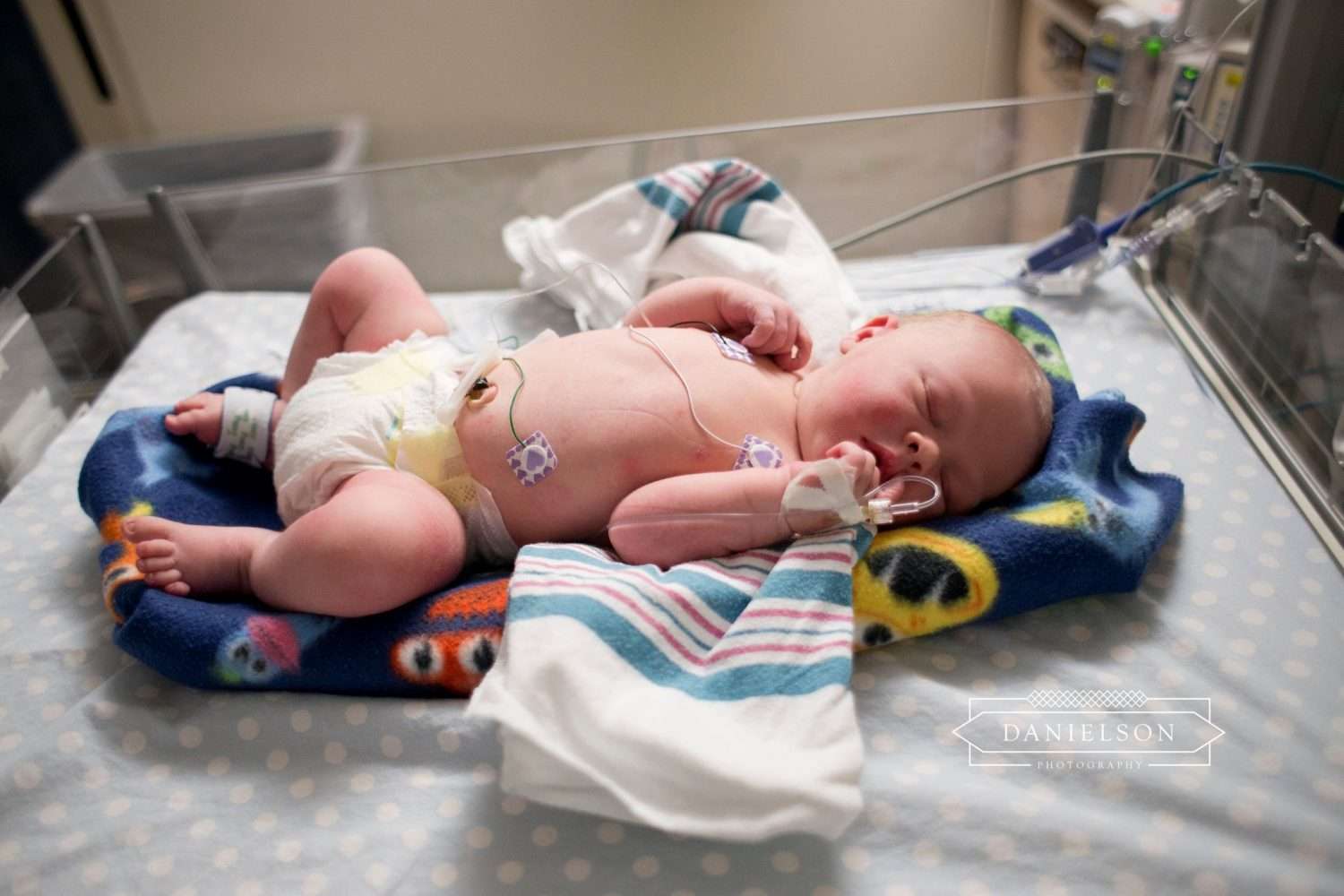 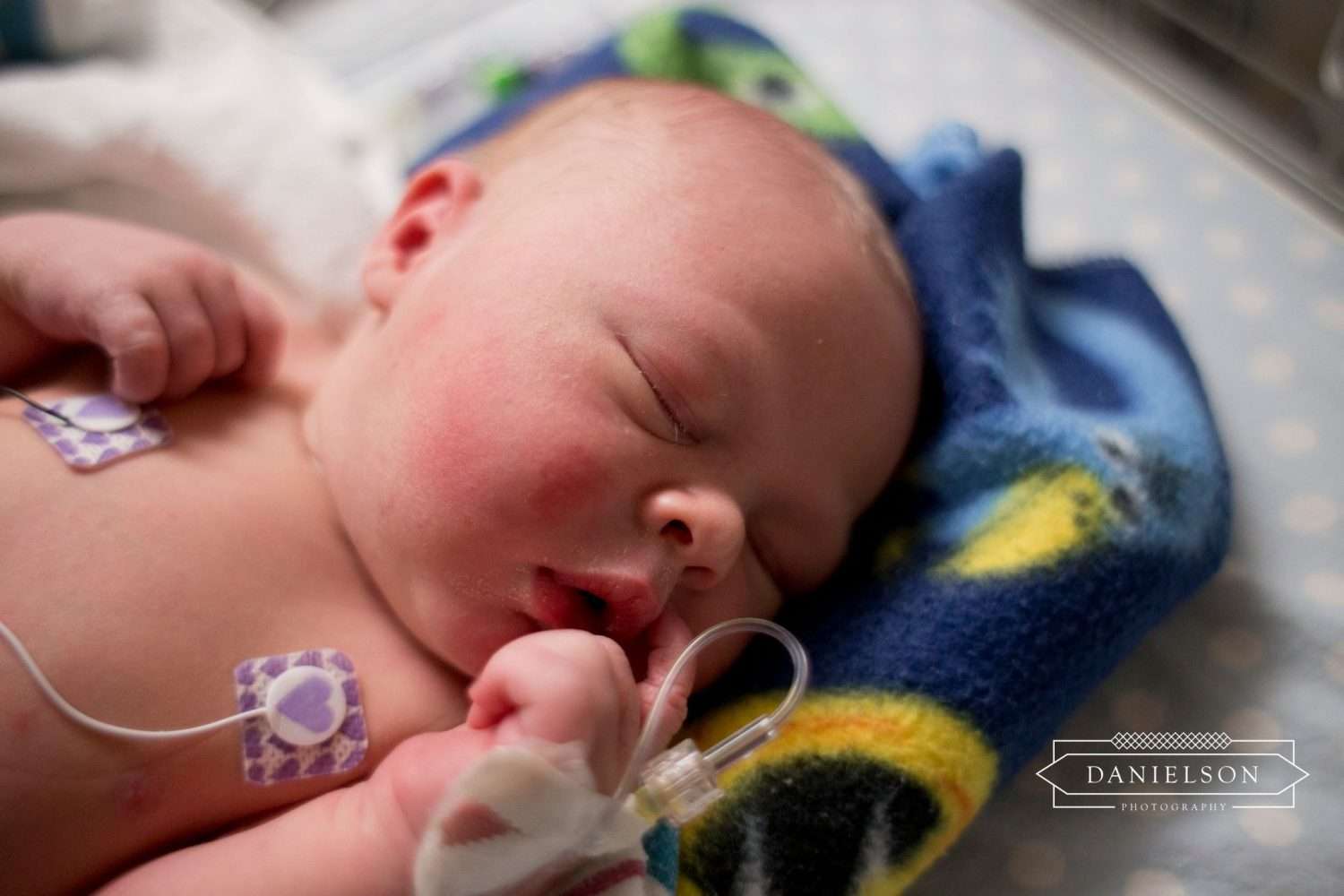 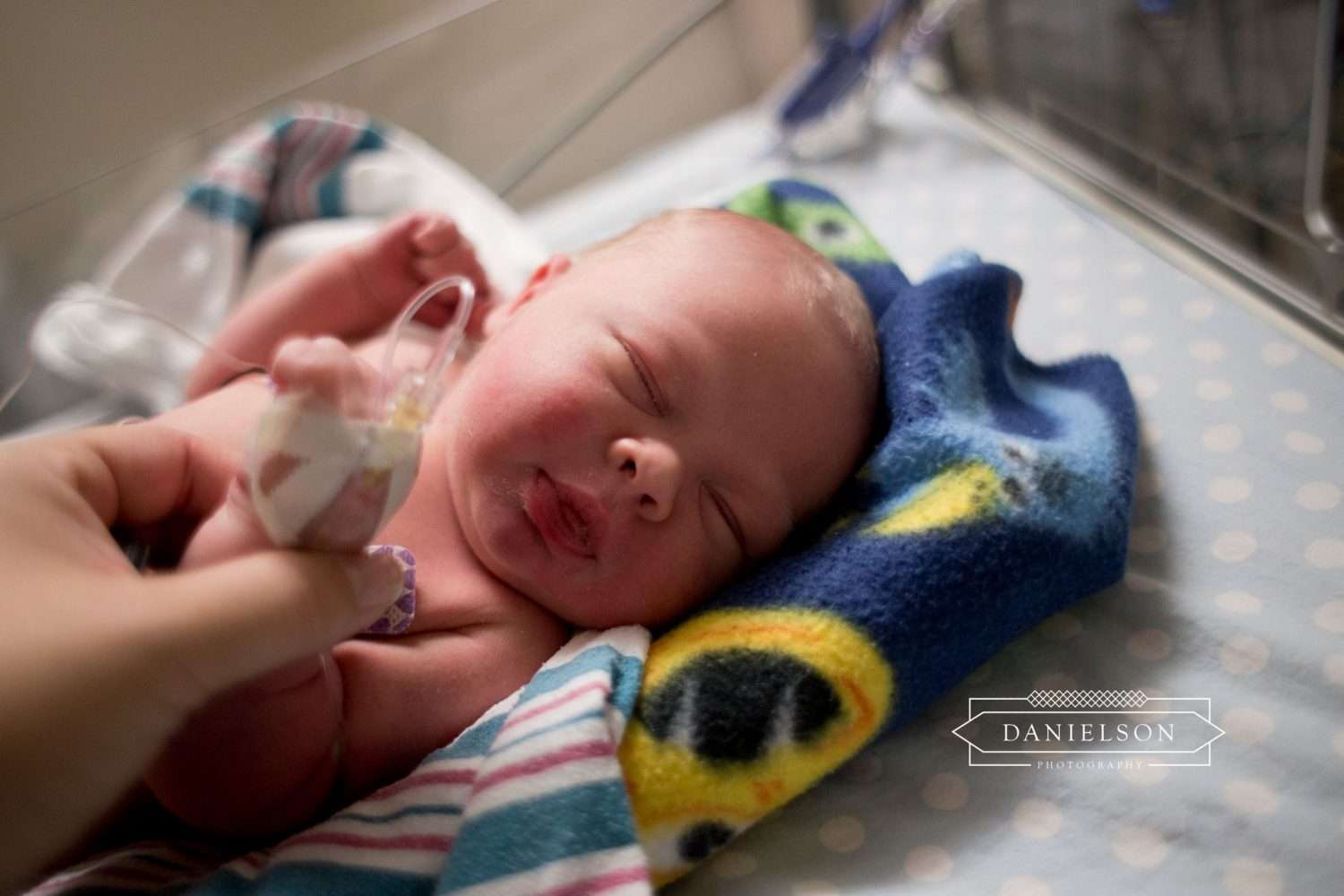 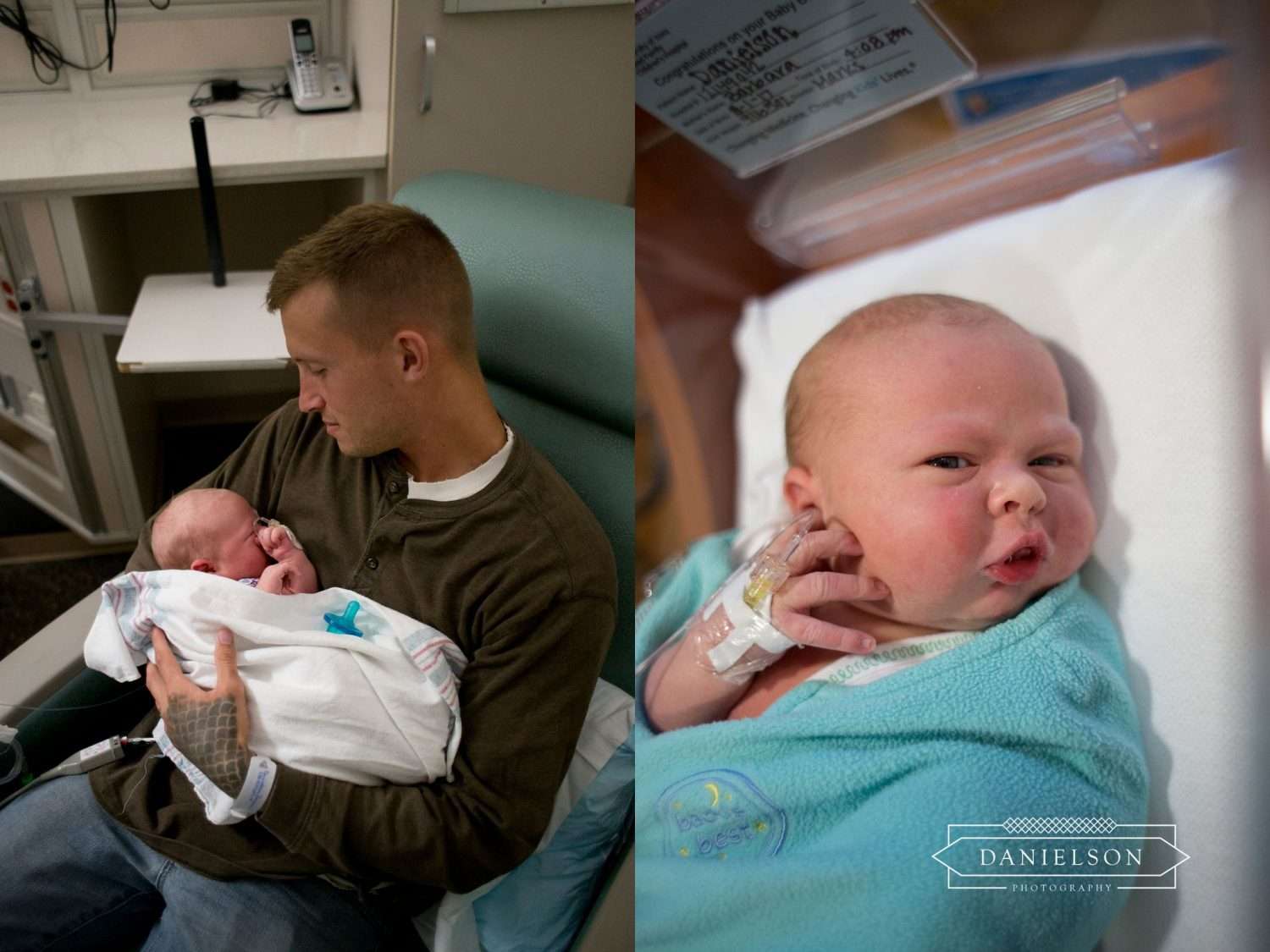 The next evening, Cain was transferred out of the NICU and joined us in the Mother/Baby unit.  It was so nice to all be together in one room.  When I was discharged the next day, though, I was told Cain wouldn’t be able to leave with me and had to be transferred to the Children’s Hospital to complete his round of antibiotics. 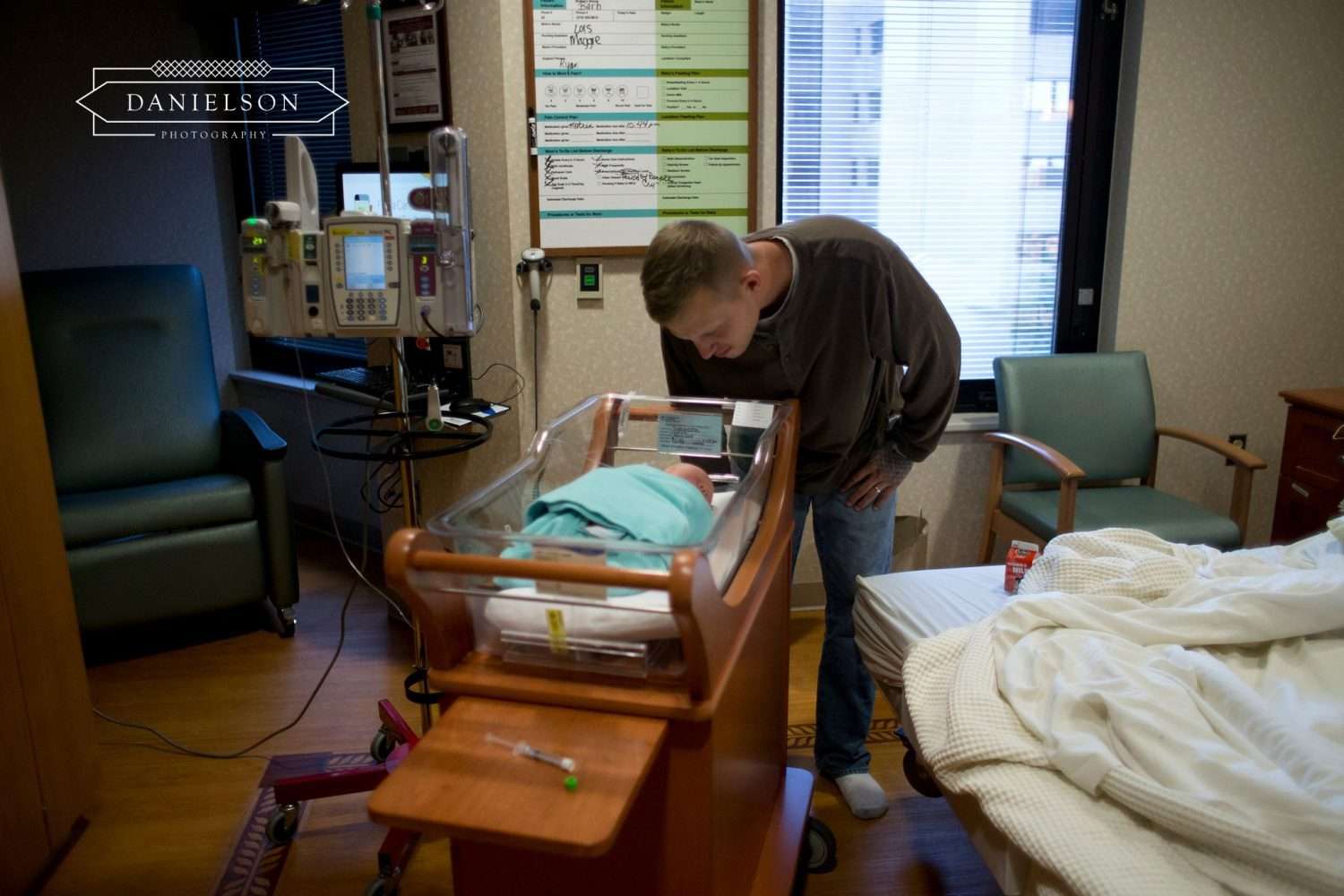 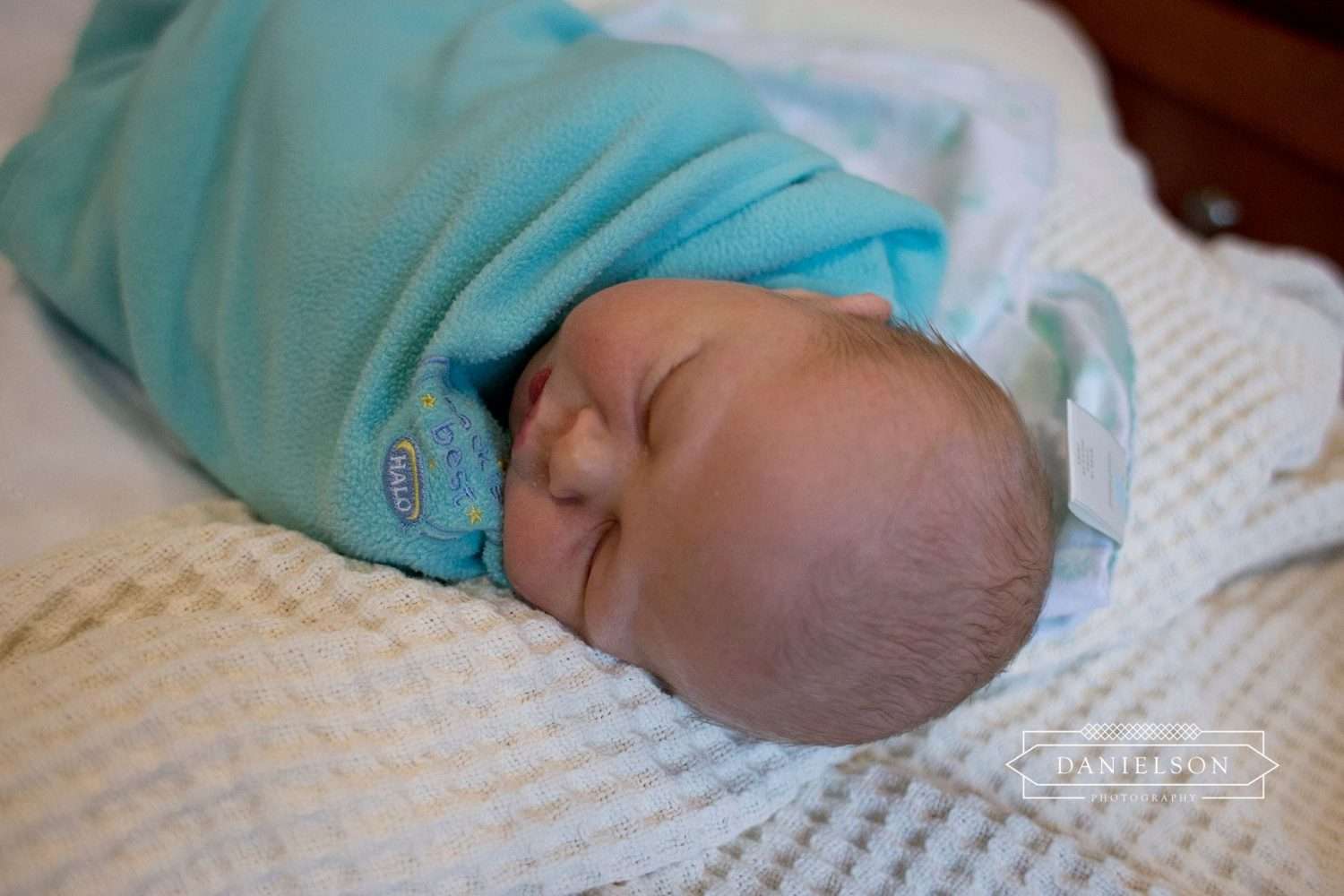 We were told he would need to be in the Children’s Hospital for 5-7 days minimum, but we would be able to stay with him in the room.  At this point, I had never been away from Genevieve for this long and the reality of sleeping on a pullout couch for a week after having a baby was starting to get to me.  We were glad his new room was so much bigger and we had a beautiful view of Iowa City to enjoy from the new facility. 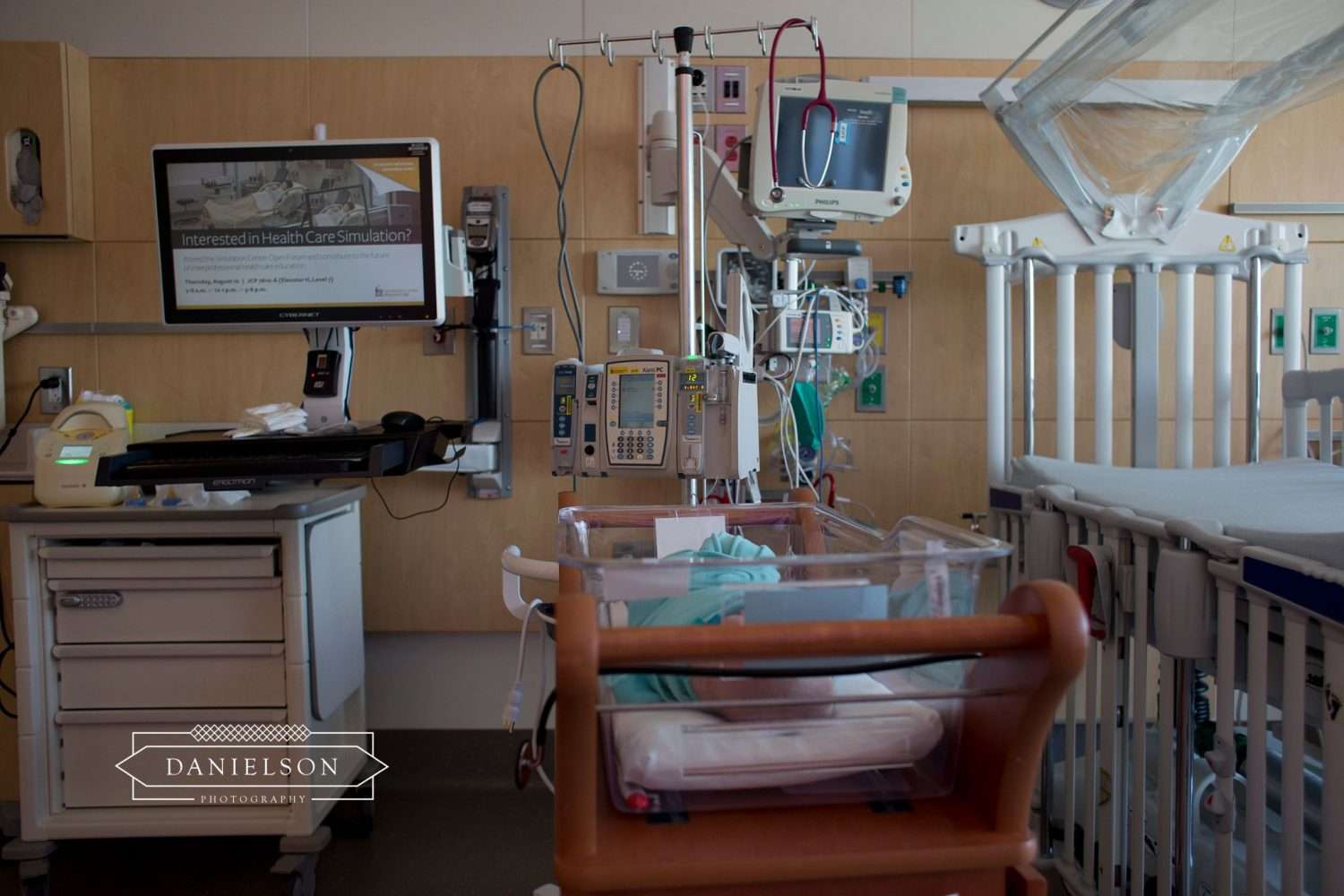 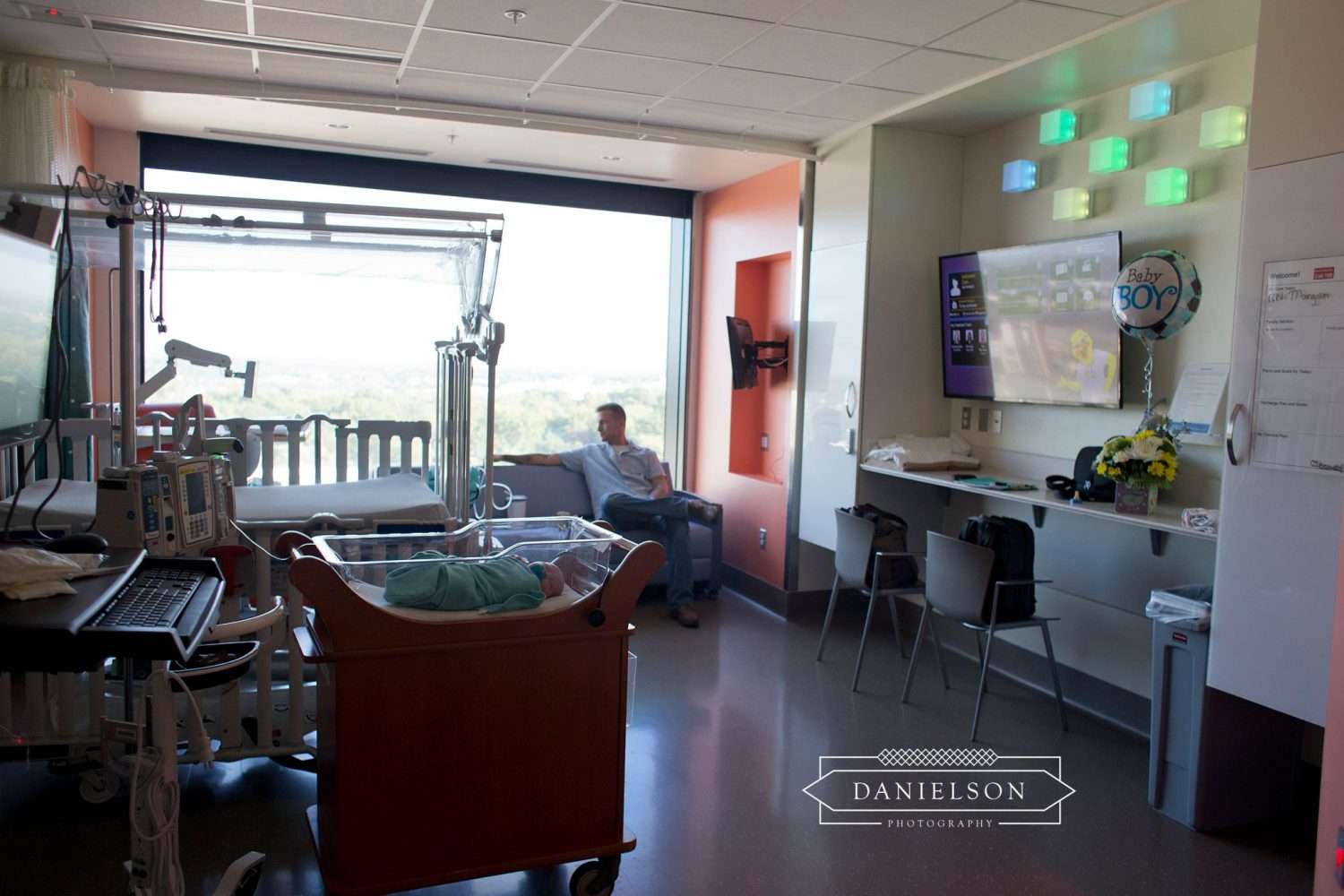 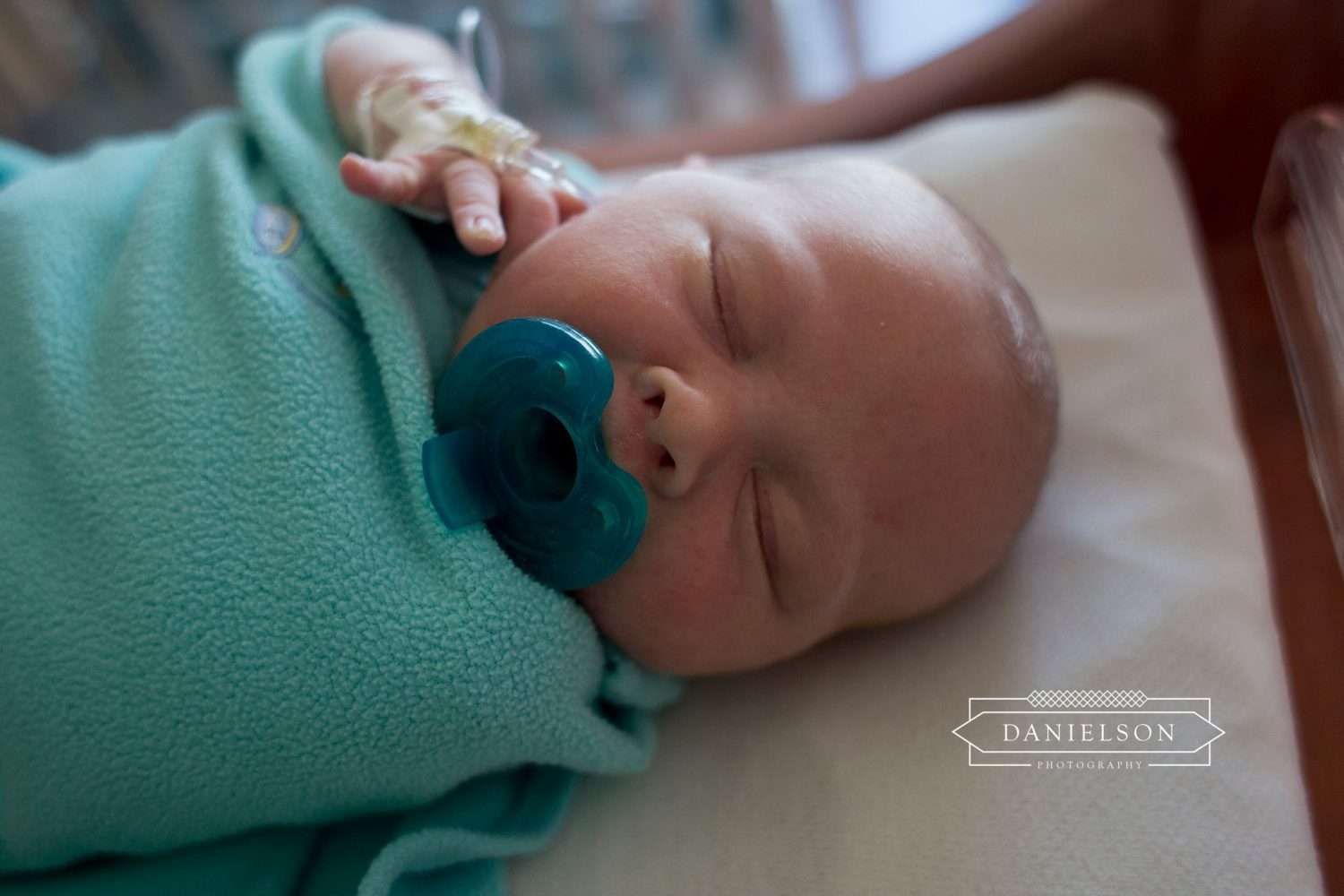 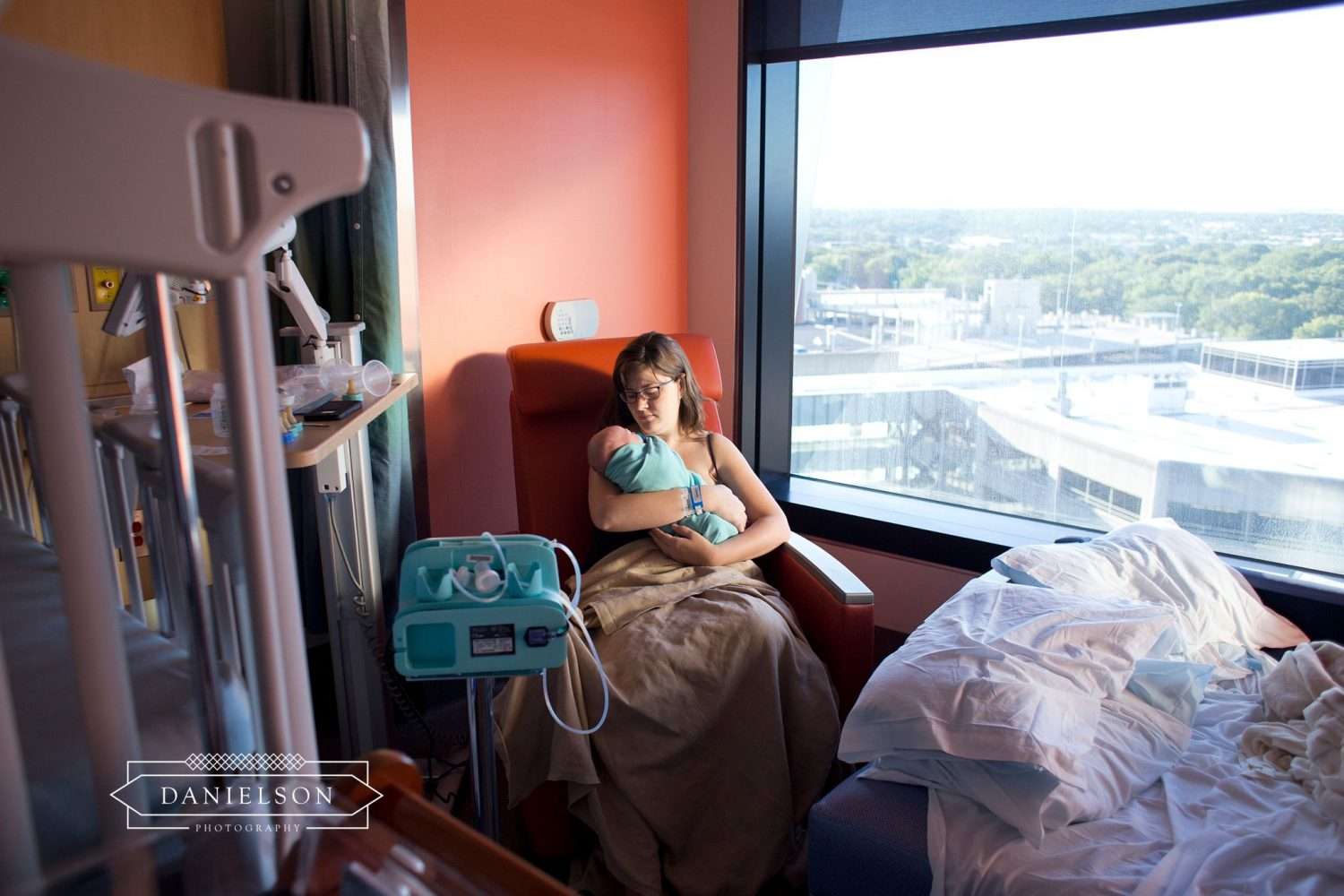 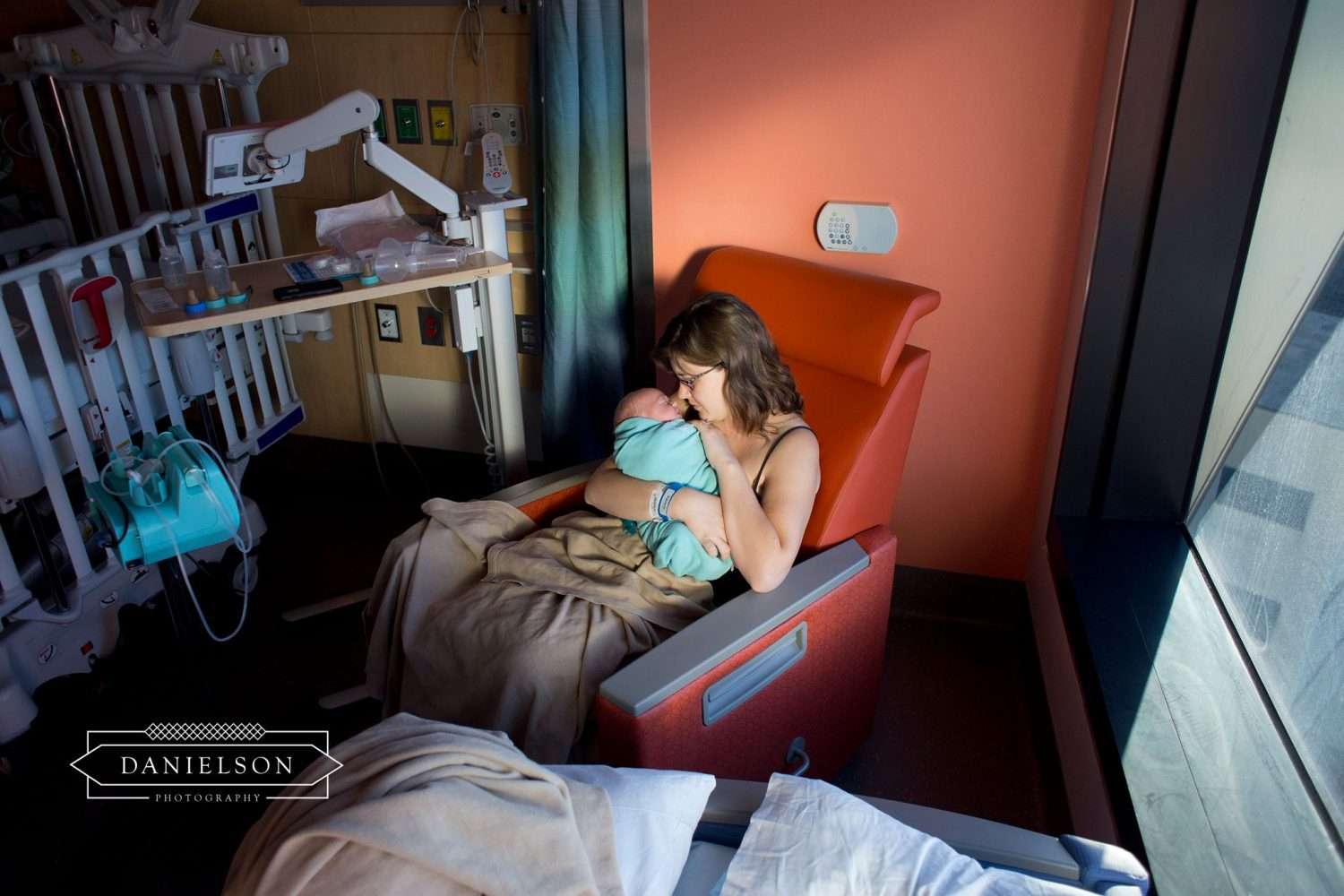 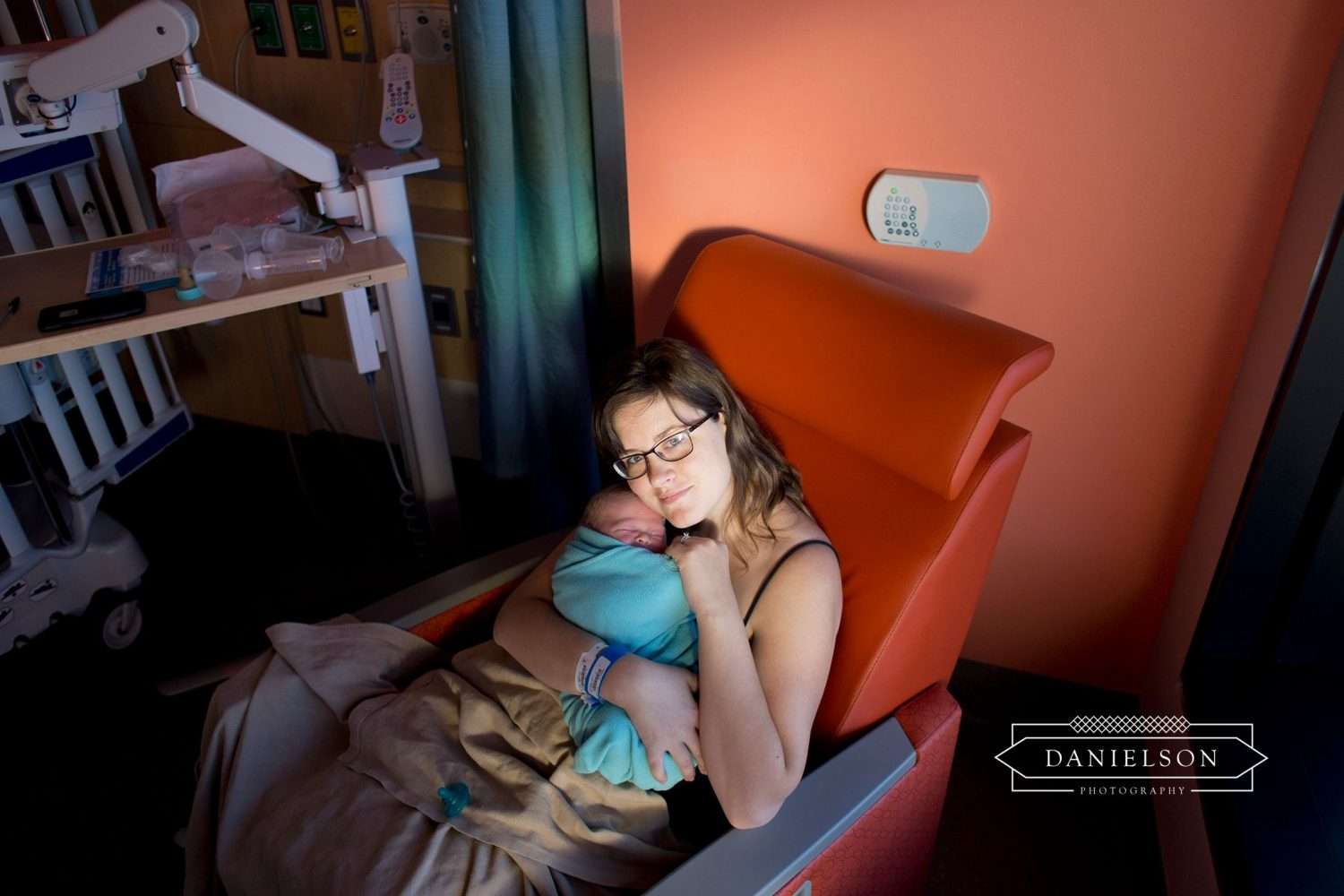 The next morning, we kept being told by nurses and residents that Cain’s levels were so good, they were trying to discharge us that day.  We weren’t getting our hopes up since we were told the day before multiple times that it would be a minimum of 5 days to finish his antibiotics.  But he proved to everyone how healthy he was and they really did let us go home!  96 hours in the hospital was more than enough for me!  Below is Genevieve seeing Cain for the second time (the first was in the NICU and she didn’t get to stay long.)  She was already trying to comfort his cries and sharing toys.  She is just such a sweetie. 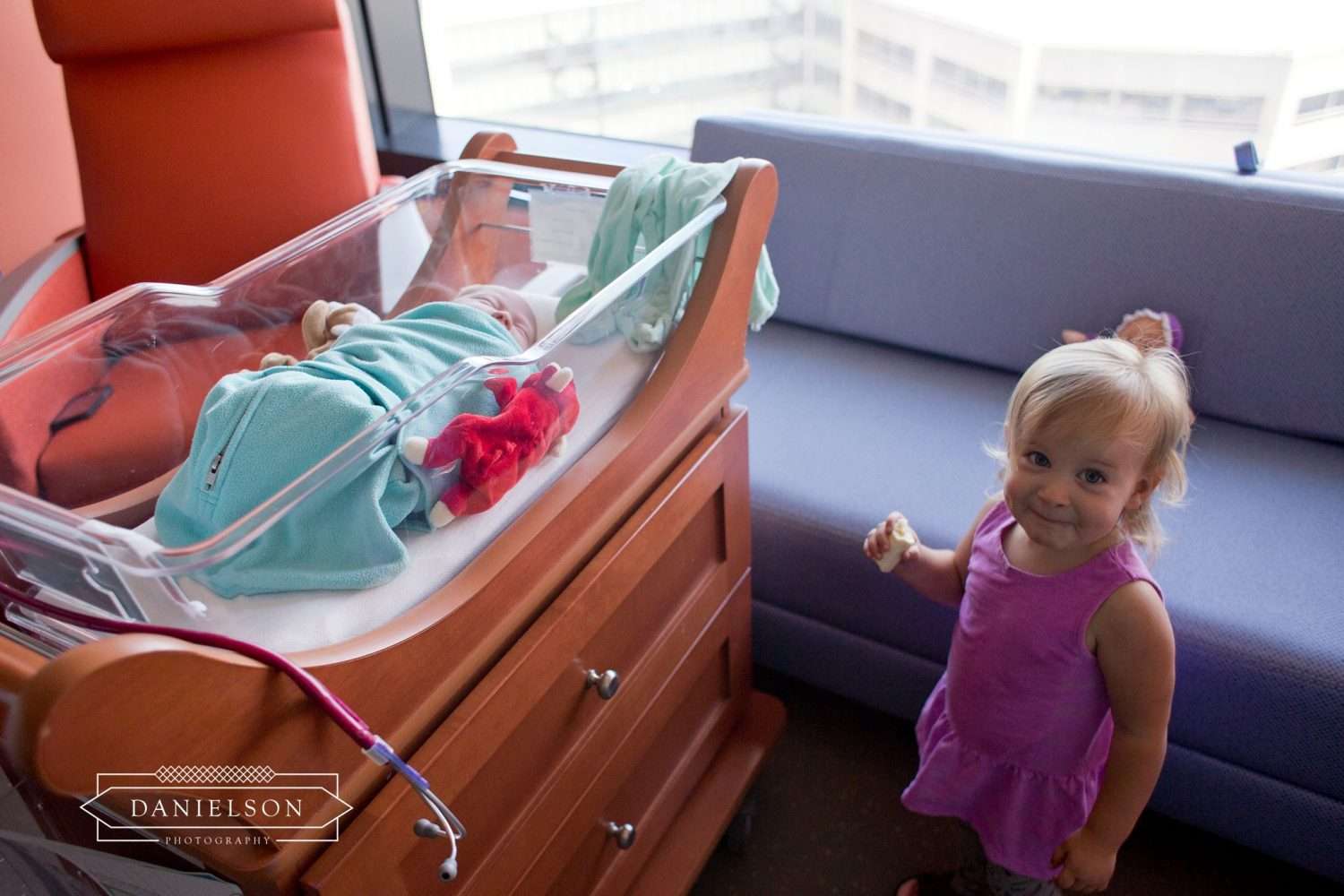 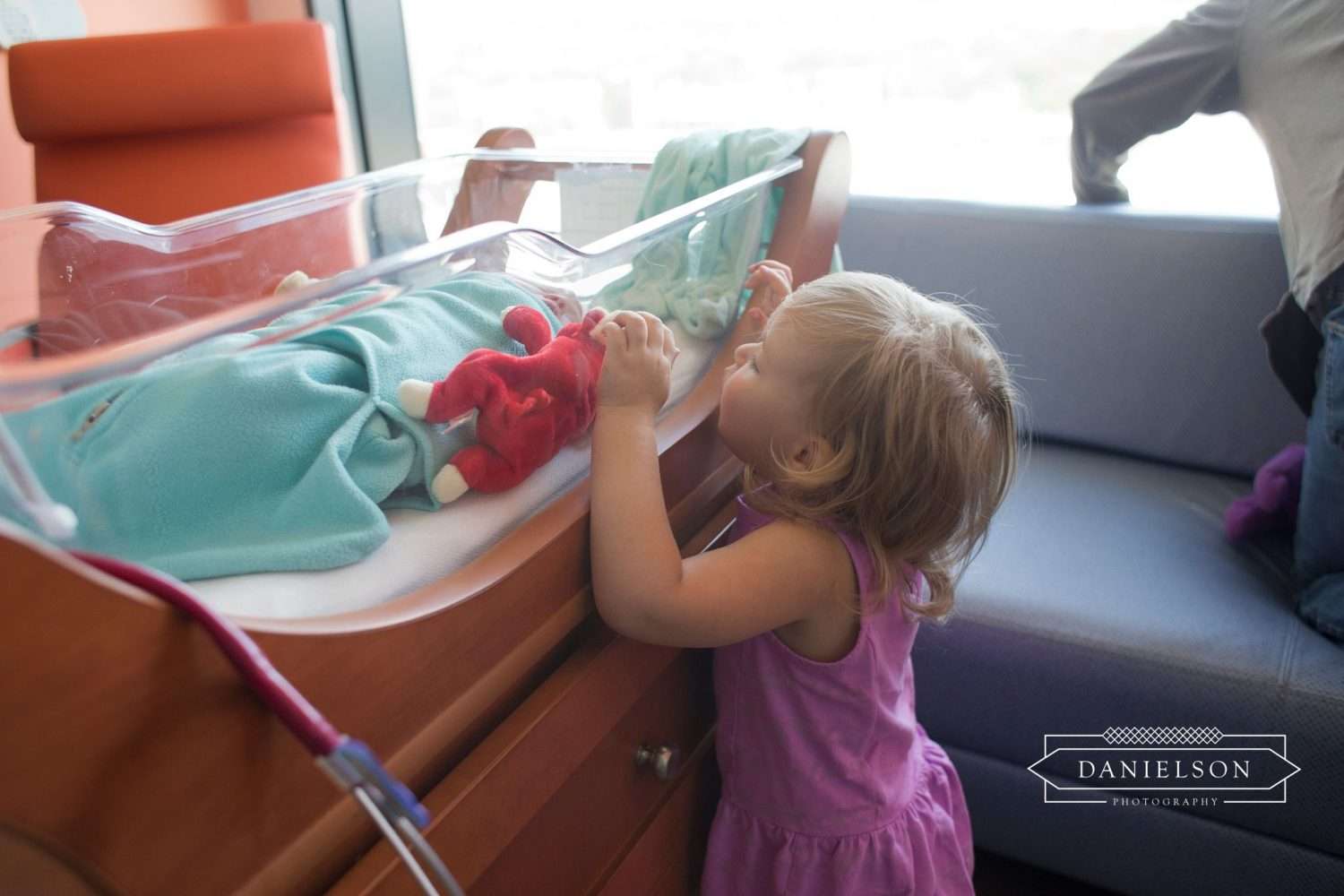 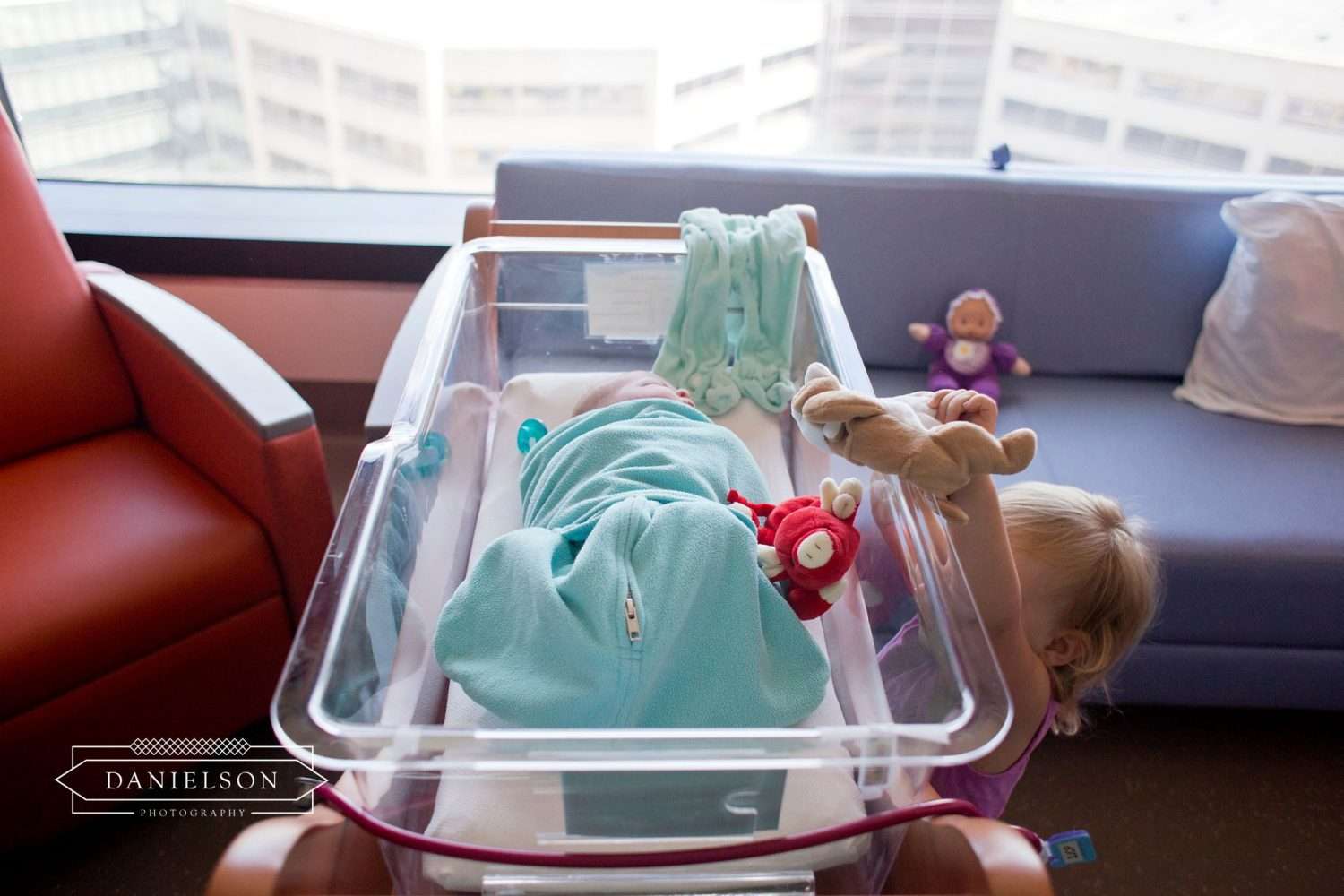 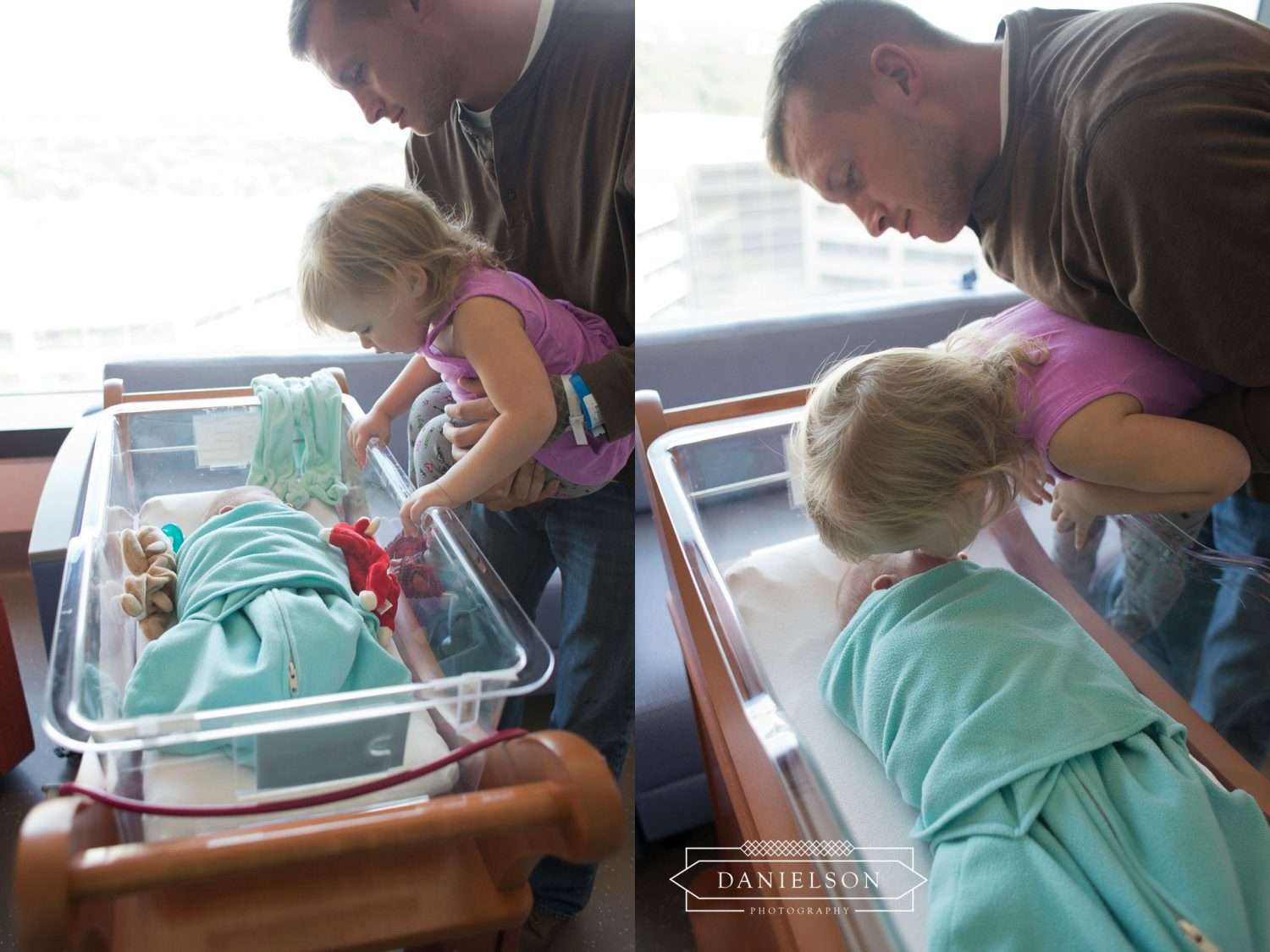 Thank you to all of my clients for giving me this time with my family.  I am slower than usual to respond to emails but will be back in business mid-September!